In a documented “mystery helicopter” wave in England, accounts place Oriental-appearing occupants in an unidentified chopper. Slant-eyed, olive skinned, Oriental-seeming occupants have been a staple at the heart and at the periphery of UFO accounts for years. Significant numbers of the infamous Men In Black (MIB) have a similar appearance, but very often they are
seen as very pale and gaunt men who are sensitive to light.

There also has been speculation that they are involved in biological experiments with chemical or biological warfare or the geobotanical pursuit of petroleum and mineral deposits.
In STIGMATA No. 5 (Fall-Winter 1978) Tom Adams outlined the most prominent speculative explanations accounting for the mutilation/helicopter link, including the following:

The answer, as far as Tom Adams is concerned, could be a combination of the above explanations. 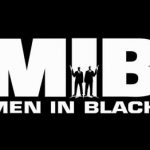