As stated earlier, many freaks signed their contracts and displayed themselves willfully, while others were sold or drafted by their parents or guardians into the freak show.

Those who had no choice in the matter were generally mentally retarded or very young; in either case, they were unable to completely comprehend what would happen to them. However, those who chose to flaunt their oddity used it solely for monetary gain, exploiting the public fascination for the unusual, and generally would retire quietly after they had received enough money.

Some were too mentally retarded to have a judgment of their own. The nature of their lives, led on stage and in the world as subhuman, had little-or-no impact on them, because they were unable to discern what was happening. In the case of the pinheads for instance, most sources agree that they enjoyed performing, and their managers protected their investments from harsh and abusive people. Thus, through their ignorant bliss, the pinheads enjoyed their lives while others profited from them.

For the freaks who never gained fame and fortune like General Tom Thumb, the 25 inches tall midget who brought Barnum riches beyond his wildest dreams, life was often a misery, more akin to slavery than employment. 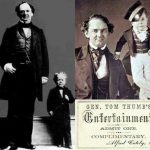 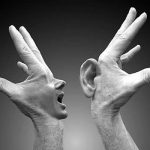