Margaret was born in Antiochia as the only daughter of a priest of the ancient pagan religion. After her mother’s death, she was brought up by a woman where she got in contact with Christianity and converted to this new religion.

At that time Olybrius, governor of Antiochia, saw Margaret and at once fell in love with the beautiful christian virgin. As she resisted to marry him, he tortured her with iron combs and burned her with torches.

But she still considered the Lord to be her only bride-groom. In prison the devil himself tempted her, first as a charming young man, later as a fierce dragon who threatened to devour her. But Margaret prayed to the Lord and killed the dragon by making the sign of the cross over him. Olybrius eventually beheaded her. 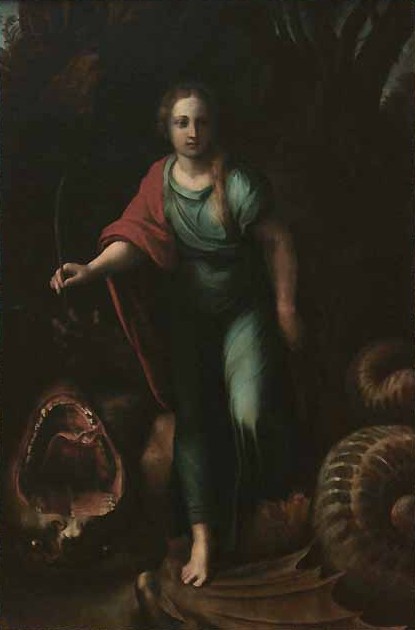