Aka : The Thing, Wookie

Description:  The creature is described as bipedal, seven feet (2.2 metres) tall, weighed 300 or 350 pounds, and sports long, grey-brown hair and big, wide-set eyes and red eyes. He is usually accompanied by a disgusting smell and a few have put forward the idea that the fart might be a repellant like the skunk. Footprints supposedly left by the creature have four webbed toes.

Sightings: The first claimed sighting was in 1963 by Harlan Ford, a retired Air traffic controller who had taken up wildlife photography. After his death in 1980, a reel of Super 8 film showing the creature was allegedly found among his belongings.

In 1974 the monster gained national fame after Ford and his friend Billy Mills claimed to have found unusual footprints in the area, as well as the body of a wild boar whose throat had been gashed. Ford continued to hunt for the creature for the next six years.

Theories : A local legend tells of a train crash in the area in the early twentieth century. A travelling circus was on the train, and from it a group of chimpanzees escaped, and interbred with the local alligator population. 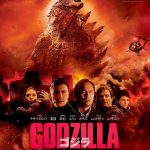