Ticks are some of the most prolific vampires on Earth, capable of drinking up to 600 times their body weight in blood thanks to a stretchable outer shell. They are found world-wide, anywhere the habitat is adequate for their concealment and the supply of blood meals are sufficient.

Ticks prefer warm, wooded areas near water, and while they rely on a range of tactics to find food — some wait in tall grass, while others hunt for hosts — they all use similarly vicious teeth, claws and feeding tubes to dig in once they find it. 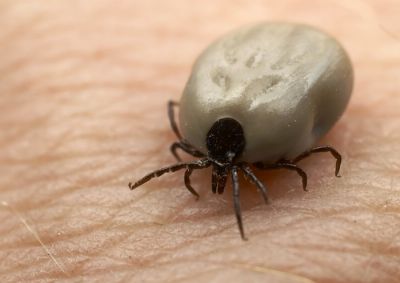 Ticks are believed to have originated in the Cretaceous period alongside the last dinosaurs, eventually specializing into distinct variants known today as Deer Ticks, Dog Ticks and Sheep Ticks among others. Many species of ticks are a nuisance to man and other mammals.

Up to 30,000 Seed Ticks can infest domestic dogs or cats in sudden, mass attacks that can leave their victims at risk of death from rapid blood loss. Bites from the Paralysis Tick (Ixodes holocyclus), found only in Australia, have been known to cause extreme allergic reactions, “Tick Typhus” and whole-body paralysis.